These Adult Film Stars Look SO Different Before And After Makeup.

The women of the adult industry are always made up before any of the activities that take place on screen. Have you ever seen these women without their makeup? Some may think that these women do not need any makeup because of their line of work, but you will see their before and after photos and see why these women spice up their scenes aside from the obvious.

Tori Black — Before and After 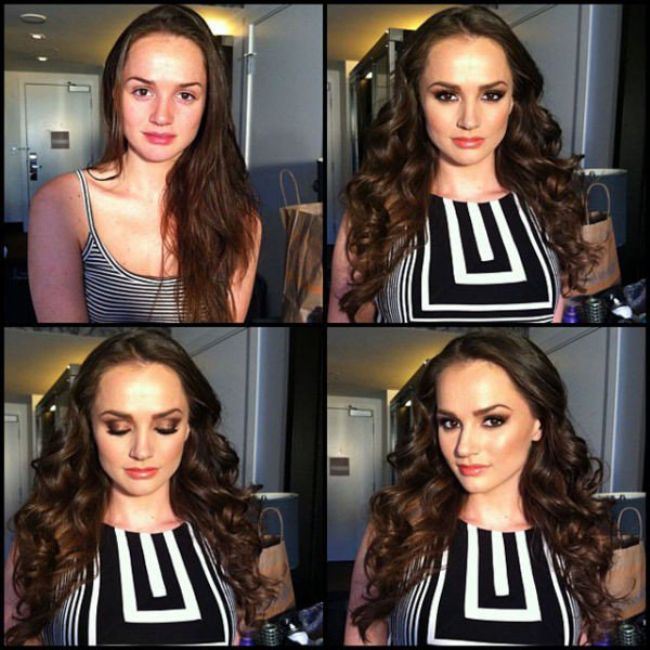 Tori Black hails from the city of Seattle. She is a very well-known adult actress who has been around for quite some time now. Tori got into the adult movie industry because she initially needed to earn money to go to college. Some women who get into the adult entertainment business get into the business in order to get money to pay for their tuition and books.

Tori started working in this business in 2007. She originally posed for Penthouse and was the Penthouse Pet of the Month for December 2008. She does not look bad at all without the makeup but it does change her appearance to a whole different style.

Ash Hollywood — Before and After 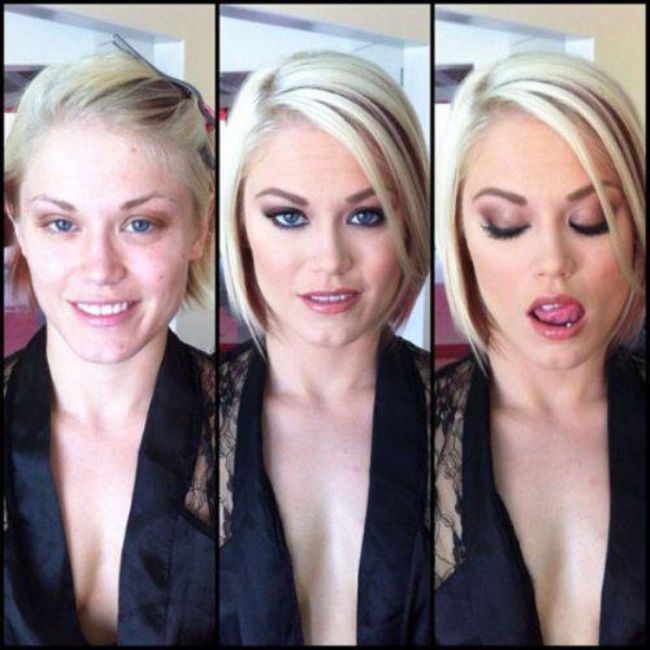 Ash Hollywood is a veteran in the adult entertainment industry. She has worked for such companies as Elegant Angel and Girlfriends Films. She is the model type and from all appearances, she might have done some modeling in her past before becoming a performer in adult films.

The industry has been good to her thus far. She has received an AVN (Adult Video News) Award in 2012 for AVN’s Best New Starlet. She has an award under her belt, and you can see why from her photos. She had a little magic done and viola she has a magnificent makeover.

Proxy Paige — Before and After 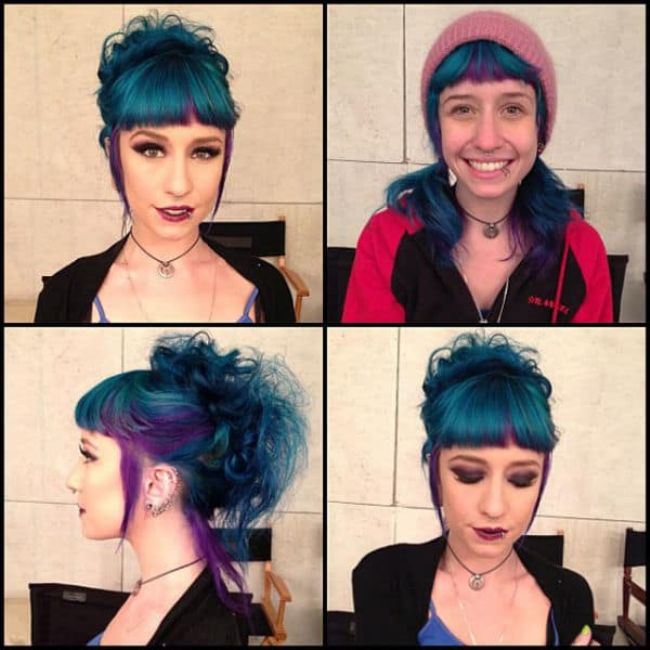 Proxy Paige represents the new generation of adult actresses. The whole colored hair thing has really caught on in music and other entertainment genres for quite some time now. Proxy Paige has been performing in the adult industry since 2010 and she is a pretty well-known adult performer especially amongst the millennial crowd.

She is seen as adorable and she is included in a lot of movies that meet the young woman genre. Her multi-colored hair takes away from her appearance and makes the viewer take their eyes off of the makeup and focus on her hair. She looks like she has good color coordination with the hair and the makeup in the after picture.

Asphyxia Noir — Before and After 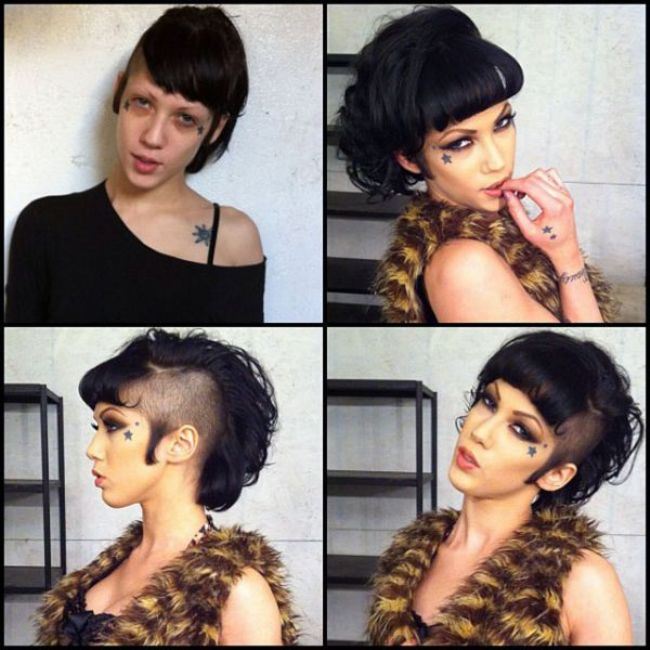 You will find some of the most eccentric names in the adult film industry. There are some names that will stand out, and others that will make you laugh. Here is one star with a name that is meant to shock people and that is Asphyxia Noir. Asphyxia Noir is both a fetish model and an adult actress. She was actually a fetish model before she got into the adult film industry.

Asphyxia has been performing since she was 20 years old back in 2009. She looks like she has not had any sleep in the before picture, and she seems to live up to the name. She looks pretty great in these photos.

Nikki Delano — Before and After 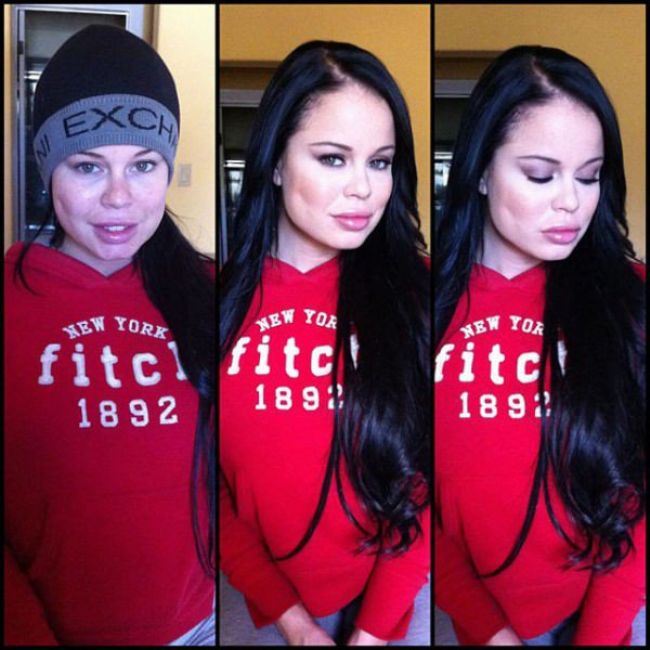 Nikki Delano made her trek from Brooklyn, New York to California to find fame and fortune in the adult entertainment industry. She Is an ethnic blend of Columbian, Italian, and Puerto Rican. Nikki Delano is the eldest of eight children and comes from a religious background. She was an honor roll student in high school and she holds a Bachelor’s Degree in Forensic Psychology along with a double minor in Addiction Studies and Criminology.

Nikki Delano entered the adult industry in 2011 and she has made quite a few films since then. She more than likely does not appear with a beanie and no makeup in her scenes. The MUA has turned her into the fresh-faced starlet that her fans are used to seeing.

Samantha Saint — Before and After 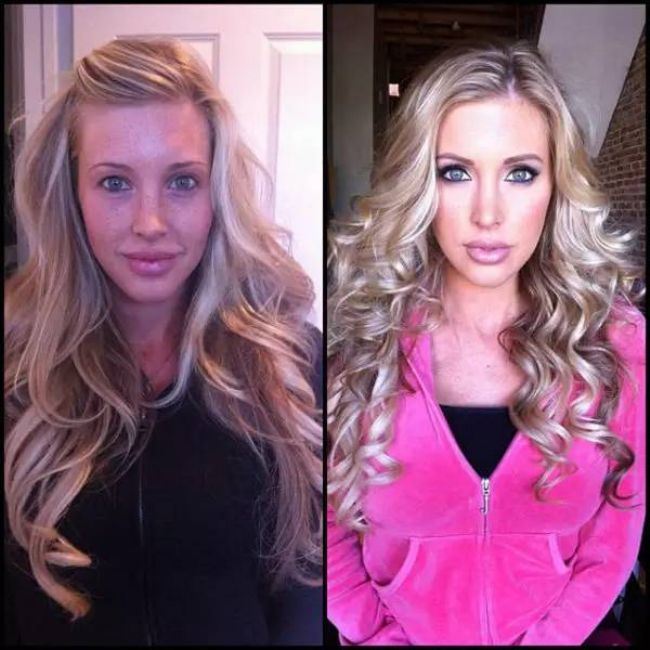 Samantha Saint comes out of Memphis, Tennessee. There are lots of moral influences around the Memphis area, and it would seem like she more than likely took a detour from the moral highway in pursuit of stardom and fame. Samantha Saint attended Aveda Institute in Denver, Colorado and she holds an esthetics license.

It would seem like she would use her license to her advantage. The before photo is in complete contradiction to her craft. She looks like an average attracitve woman in the before photo. A few adjustments from the MUA and she is transformed into the tall, buxom, and notable actress she is known to be.